Oooh, I've been a little remiss in posting here, and in visiting blogs. Life has trumped. I realized pretty much from the beginning that this blogging business was surprisingly time-consuming. What I didn't realize was how much time would open up if I stayed off the boards/blogs for even a little-bitty week, as my online time was never out of control. Not that my hiatus was planned; it just sort of happened.

And life continues to happen. As a result, I'm extending this blogcation to at least April 1. We will be off to the land of No Internet Access for five days in the interim, where we will recharge and refresh by getting a whole new life, at least for that brief time. Beyond that . . . I hope to have something to say. "See" you all in a bit. :)
Posted by Marcia at 8:21 AM 7 comments:

Email ThisBlogThis!Share to TwitterShare to FacebookShare to Pinterest
Labels: On blogging, Personal Stuff

Strand Tall by Joan Bauer is not a new book, having been published in 2002. But we want our books to have life for more than a year, right? And more are published each year than we can possibly read when new, right? I've noticed that when I read books recommended online, they tend to be new, and when I browse my library I check out a lot of books that are, shall we say, recent, but not the latest thing. And there's gold in every pile. Random comment: This is a mid-grade novel with a YA sticker on the spine. Nobody knows a chapter book from a MG from a YA anymore.

Plot summary: Tree is twelve, and he's 6'3" and growing. Everyone thinks he's in high school and he's not, everyone thinks he should be a basketball player and he's not (even though he's on the team), and he thinks his parents should be married -- and they're not. They waited to split until his two older brothers were in college. Why didn't they wait for him to leave home, he wonders? Do even they forget that he isn't as old as he looks? Why do the athletes in his school get nicknames like Fire and Boomerang, and the nonathletes get ones like Tree, Mole and Snot? Fortunately, Tree has his grandpa, a widowed Viet Nam vet recovering from an amputation who both helps him and needs his help, and a new friend, Sophie, who needs a friend to accept her as she is just as Tree does. And even in the face of greater loss, they all help each other through.

Okay, this is probably spoiler territory. They say voice is everything, and this book has great voice. It's honest, terse, and often funny. The paragraphs are short, often just one-liners, and Tree's third person POV is seasoned with just the right amount of author comment to keep readers resonating with the insights yet remain believable for a "guy book." But my personal opinion is that character trumps voice -- to the extent that the aspects of a novel are separable, of course, which they never really are. Grandpa, Dad, Tree, and Tree's brothers make a pretty funny male household at Christmas time, what with visits from the volunteer lady who has a crush on Grandpa, a pet parrot that will only say "Back off, Buster" despite Grandpa's attempts to teach it "You're certainly looking handsome today, Leo," and the rope-and-basket system they've rigged up to send food to Grandpa in the living room. Tree's mother is a super-organized type who always wants her sons to talk about their feelings -- by communicating through a website called heymom.com. Yet even Christmas at her place turns upside down when her visiting sister lights the fireplace without the flue open, filling the house with smoke, and her sister's dog pukes on the rug. After a flood that almost wipes out the town, after Tree realizes that his parents really don't get along, and after the Memorial Day Parade and ceremony in which Tree is the only person able to block the wind so that "a candle of hope can be lit," the book ends like this:

The purpose of a bagpipe is to reach deep into the heart.
Everything's got a purpose, really -- you just have to look for it.
Cats are good at keeping old dogs alive.
Loss helps you reach for gain.
Death helps you celebrate life.
War helps you work for peace.
A flood makes you glad you're still standing.
And a tall boy can stop the wind so a candle of hope can burn bright.

Lovely, lovely book.
Posted by Marcia at 6:00 AM 2 comments:

A Wordless Story, With no Offense Intended to Any Institution of Higher Learning 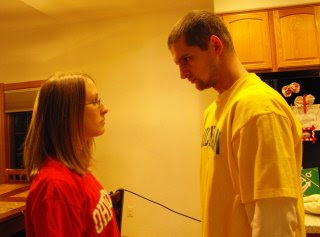 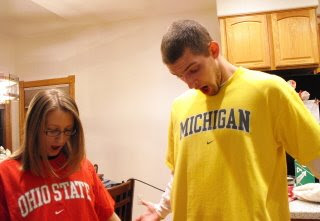 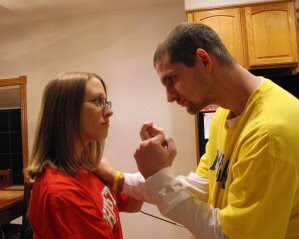 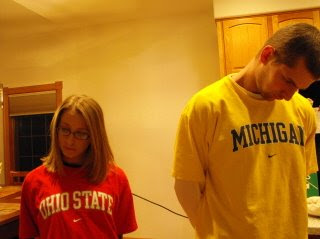 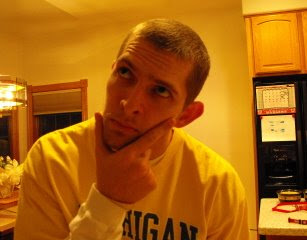 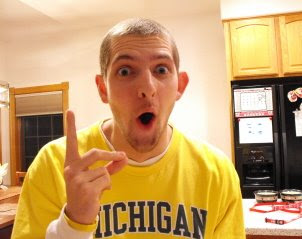 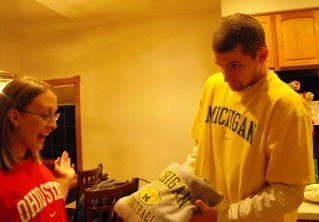 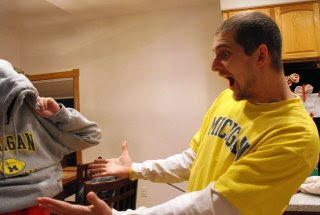 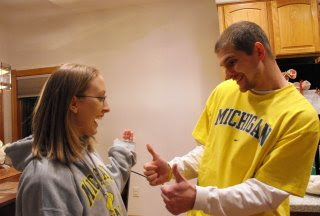 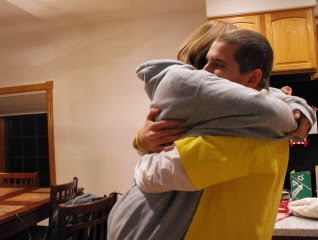 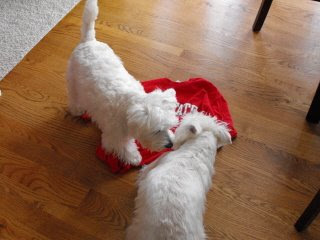 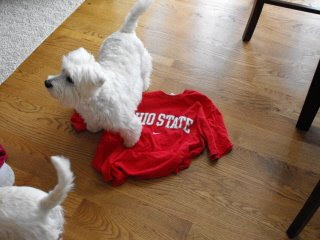 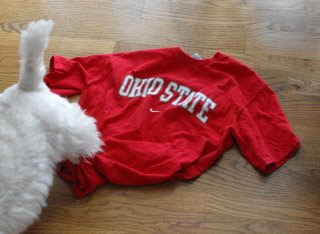 The Handwriting on the Wall (Chart)

I'm fascinated by the visual aids that many writers post near their keyboards while working on a book. Timelines (I've got one of those); magazine or newspaper clippings of faces that represent characters; and interviews/questionnaires that the writer, "in character," has filled out for the MC are some of the most common and helpful ones I've heard about. But when I tackled a MG novel with twelve characters (most of them friends of the MC) I wanted a way to keep track of the relationships between any two of them. What I hit on was a wall chart.

My chart measures roughly twenty inches square and is divided into thirteen rows and thirteen columns, for a total of 169 squares (I did say there'd be arithmetic in this blog). Across the top, in squares 2-13 of row 1, are listed the twelve character names, and down the left side, in squares 2-13 of column 1, the names are repeated in the same order. The square in the upper left corner is blank.

The squares of intersection show what the character in the left column thinks of the character in the top row. For example, find Jared's name in the left column, Eleanor's name in the top row, and run your fingers down and across to the intersecting cell. In that cell is the word "egghead." Jared thinks Eleanor is an egghead. Find Eleanor in the left column and Jared in the top row, and you discover that Eleanor doesn't disdain Jared (as she does most people); rather, she's mildly scared of him. Ann thinks Nicole is a popular golden girl; Nicole thinks Ann is plain and on the dull side. Run your hand across any row and find out what that character thinks of everyone; run your hand down any column and find out what everyone thinks of that character. Pick the same name at the left and on the top, and the intersecting cell will tell you what that person thinks of her- or himself. Obviously, this type of chart could be made quite easily with a spreadsheet as well as by hand on posterboard.

Have you found any neat visual aids or organizers that have helped you with a specific project?
Posted by Marcia at 6:00 AM 9 comments:

The Taker by J.M. Steele is a YA novel that grabbed me from the first line, if line is the right word, and didn't let go. I quote:

That's the book in microcosm -- it's about the pressure of the SAT, and more generally about the price we pay to hurdle the milestone events society says we must hurdle.

Carly's a golden girl. She's a wonderful student, the girlfriend of the hot captain of the lacrosse team, and she's headed for Princeton, of which her daddy is a graduate. Not that she doesn't want to go to Princeton. She's a writer, she wants to study with Toni Morrison, and if she doesn't study with Toni Morrison, she'll "end up being one of those hack writers who spits out obituaries for some jerkwater newspaper." She's not much for tests, and this is Princeton she's talking about, but with normal SAT prep she should be okay, right? Wrong. The answer is (e).

Or, at least (e), part 1. Someone wants to make sure part 2 doesn't happen. That someone texts her only moments after she accesses her scores by phone, saying "I can help you" and signing himself "The Taker." The Taker is a legendary (supposedly) person who will take your SAT for you and get you a top score. For a price, of course.

Okay, here's where the SPOILERS are likely to kick in. For the next eight weeks, Carly lives, breathes, eats, and dreams the SAT. After Carly's dad puts the kibosh on studying with boyfriend Brad when he discovers them in a lip-lock, she receives not just a text, but a phone call, from The Taker. It's all very simple, he says. He takes the SAT for her and guarantees a score of at least 2250 (out of 2400). Then, she owes him whatever he asks, or he'll expose her as a cheater. "Whatever he asks" is way too much to contemplate, so the next plan is to get into an after-school SAT study group. But Carly needs her score raised by more than the measly hundred-point average, and there's no guarantee there'll be room in the class. Carly caves. She makes the deal with The Taker.

One of The Taker's rules is that she must continue to study, so her improvement doesn't look suspicious. This leads to a tutoring arrangement with school nerd and neighbor guy Ronald Gross. But about those improvements not looking suspicious? Too late. Carly's best friend Jen, an aspiring journalist, is on a hot story: In too many cases over the last few years, repeat SAT scores in certain school districts have risen by 300 points or more, far above the typical 50-point difference. "It's a statistical anomaly," Jen says. With hopes of breaking a story that will get her into a prestigious summer journalism school, she's out to discover who's cheating, and how.

The plot moves at a great pace, and the author did a fine job of keeping me guessing about the ID of The Taker. But the best thing in this book is the characters, especially the secondary ones. Ronald is so much more than a nerd, and Brad, the boyfriend, is rather shallow yet surprised me with a display of integrity near the end. My favorite twist comes when Carly discovers who The Taker is, what his game really is, what really happened when she took her second SAT, and is horribly disappointed that this person would deceive her -- until she realizes that she is as big a cheat and had been hoping for understanding from him. That this all works out happily is a credit to the author's skill, and an extension of great grace to "regular people" who never intend to sell out to what the world says is important, and then do.
Posted by Marcia at 6:00 AM 11 comments: