Feel like some quotes today? Hope you enjoy these:
Have you heard any good quotes lately?

It's critique time. Enter to win!
Let the entering begin!
Posted by Marcia at 6:00 AM 15 comments:

I've been reading Imagine: How Creativity Works, by Jonah Lehrer, which explains what's going on in the brain when we create. Here are some interesting tidbits from that book. Some are intuitive, but at least one is counterintuitive, which I always find fascinating. And naturally I can't resist a bit of my own commentary.
Must be why critique groups work. :)
Posted by Marcia at 6:00 AM 24 comments: 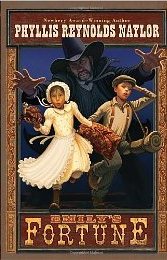 Eight-year-old Emily Wiggins lives with her widowed mother in the servants' quarters of the big white house owned by the wealthy Miss Luella Nash. Old Miss Nash is prim, stern, and orderly -- except when she races her horse and carriage through town, grinning wildly and shouting, "Faster, faster!" Alas, one day Emily's mother and Miss Nash go shopping, Miss Nash at the reins, and the carriage tips over and falls into the river. Only the horse survives, and Emily is now an orphan.
Emily's neighbors, Mrs. Ready (who always states the problem), Mrs. Aim (who always asks the relevant question), and Mrs. Fire (who always has the answer) help her get ready to travel by train and stagecoach to loving Aunt Hilda, her aunt by marriage. Far better than falling into the clutches of Uncle Victor, her mother's no-good, weasel-eyed, tiger-tattooed brother. But then Miss Catchum of Catchum Child-Catching Services butts in. Her office gets a handsome bonus only when an orphan is placed with a blood relative. So there's no help for it other than to outsmart Miss C and get Emily onto the train.
Soon she meets fellow orphan Jackson, finds out that Catchum Child-Catching Services has branches in every town on the route, and to her shock finds a poster with her name and picture on it that announces she is heir to Miss Nash's ten-million-dollar fortune. And who is soon on her trail? Not just Miss Catchum, who wants her bonus, but Uncle Victor, who wants Emily's loot. She has to get safely to Aunt Hilda, who she knows loved her before anything was known about any money.  As for Jackson -- can she really trust that he won't turn her in?
Published in 2010, this book is fast moving; filled with funny, large-font cliffhanger chapter endings like "And what in blinkin' bloomers do you think she saw?" and "Now what in the hokie smokies could that mean?"; and ends exactly the way we'd want this kind of story to end. A western of the rootin'-tootin' variety, this will appeal to younger MG readers, reluctant readers, and any who like their MG fiction to be a bit of a romp. That it's a western aimed at girls doesn't hurt, either. Recommended.
Posted by Marcia at 6:00 AM 5 comments: