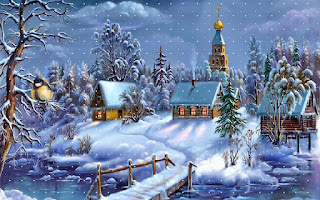 Wishing you all the joys of the season. Times of rest, worship, gatherings, meals, festive lights, quiet evenings, good cheer -- and for those who may be bearing loss or uncertainty at this time, the comforting presence of God, loved ones, and friends. May the true meaning of Christmas be born in every heart.

What Are Your Favorite Words?

Do you have a list of favorite words? Words that you love just because of their sound or they way they look on the page? Here's my list, compiled over the years:

Yes, only seven words have made THE list so far. Maybe you can help me expand it? Please share your favorite words with me in the comments. I can't wait to hear them!
Posted by Marcia at 6:00 AM 27 comments:

The One and Only Ivan, by Katherine Applegate 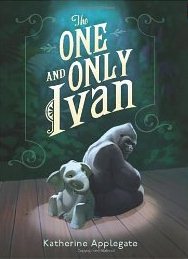 If you like animal stories, verse novels, and books that tug at the heartstrings, Katherine Applegate's The One and Only Ivan is for you.
Ivan is a silverback gorilla who lives in a shopping mall as part of a small, failing circus. In the next "domain" (cage) lives Stella the elephant, in declining health from a lifetime of performing, and resigned to her fate. Bob, not part of the show, is a small would-be tough guy dog, who claims he lives nowhere and likes it that way, though he sleeps on Ivan's sumptuous tummy almost every night. George, the kind human caretaker who works for the boss, and his daughter, Julie, come by often. Ivan appreciates these friends, but is emotionally stunted. He has only vague memories of his life with his parents and sister in the jungle that he prefers not to recall.
Ivan begins to awaken emotionally when two things happen: He discovers through Julie's help that he can paint, and a baby elephant named Ruby comes and moves into Stella's domain. Stella mothers the baby for a time, but soon dies, and Ruby is put into heavy circus training with Mack, the show's owner. Ivan now realizes that Mack brought Ruby in because he knew Stella would die, and that she will repeat Stella's life -- and his own -- unless he does something about it. Eventually, Ivan learns to call a cage a cage, and with the help of his paintings (which are bringing in as much as $65 from the tourists), he hatches a plan that he hopes will get Ruby sent to a kinder place with other elephants: the zoo. Ivan also faces his former life and what happened to his sister by deliberately remembering it. Though he doesn't know it yet, he's in fact learning to become the mighty silverback he is -- a true leader rather than the cartoonish, chest-beating ape that is pictured on the circus billboard.
The author's note explains that Ivan was a real gorilla who lived with a small circus for 27 years before public outcry found him a new home at a zoo in Atlanta. He really did paint, and he signed each of his paintings with his handprint.
A heartwarming story about compassion, art, and the nature of leadership, this book is highly recommended.
Posted by Marcia at 6:00 AM 15 comments: