Below, by Meg McKinlay 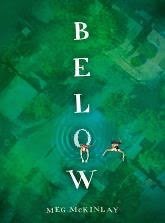 This novel set in Australia has a wonderful beginning sentence: "The day that I was born, they drowned my town." The cover, first line, and premise form an almost irresistible triple hook. Twelve years ago, on the day of Cassie's premature birth, the mayor of her hometown, Old Lower Grange, flipped a lever and buried the town under 200 feet of water. The citizens celebrated the formation of this man-made lake from inside the borders of their new town, New Lower Grange, amid balloons and barbecue and a brass band. Except Cassie's parents, and their perfect two-child family, couldn't go. Because Cassie's parents were rushing to the hospital to have the baby who was doubly unexpected: Not only had they never intended a third child, but she was surprising them by coming way too soon.

Cassie's lungs were underdeveloped at birth, and her doctor requires her to swim six laps a day, every day, to exercise them. But the pool is always overcrowded, and Cassie is tired of people doing cannonballs on top of her when she's just trying to swim her laps. So one day she goes to the man-made lake. Not only is it fascinating because it's Lower Grange's own personal Atlantis, but because her family history lies there, a history that her parents and adult siblings made together that she, a late intruder into their lives, cannot share. Day after day, Cassie begins to swim in the lake, soon joined by Liam, a boy just enough older than she to have been born in Old Lower Grange, and whose family suffered a tragedy there. It doesn't take long before the kids realize the water level is sinking; the top of the fire lookout tree is now several feet above the surface. And then they start diving, and the mayor catches them, and gets way, way too upset. The rest of the plot is concerned with dredging up what the mayor's been trying to keep submerged.

I loved the language and writing style, especially since just prior to this book I'd tried to read another one that was so "loud and chatty" I had to put it down. Also, the midpoint of the plot is absolutely riveting. I had some quibble with the pacing though; I found it a bit slow to get underway and at the same time too rushed in the end. There was some symbolism that just kind of came and went. It's a short read, which in a sense I liked, but in another sense I'd like to have seen way, way more done with this material and these characters. All in all, I enjoyed it. Recommended.
Posted by Marcia at 6:00 AM 15 comments:

What's on the Nightstand

What a nice place to retire to in the evening. 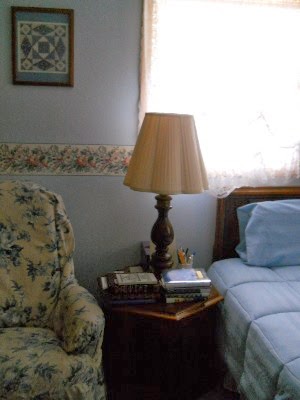 My nightstand is actually not as overburdened with books as it once was. I've found that if the pile is high enough to teeter, I tend to give each book less chance before I give up on it. What that means, I've realized, is that a tall TBR pile, at least these days, represents pressure to me. Well, perish the thought! It's taken discipline, but I've decided to have fewer books here at any one time. All the better to savor each one. But what's on the pile? Let's get closer. 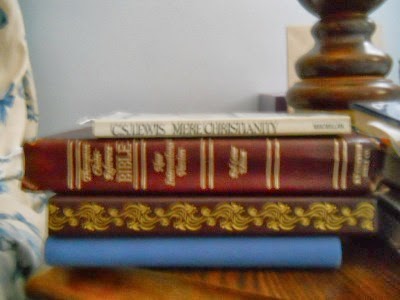 That's CS Lewis's Mere Christianity, the Thompson Chain Reference Bible, another Bible with a pretty cover and a compact size that's easy to carry, and my journal. While Mere Christianity isn't always there, the other three are constants on the nightstand. And on the other stack: 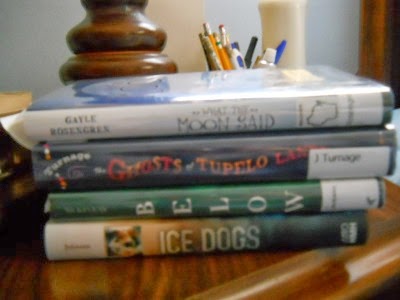 Which means I can try some spine poetry:

What the Moon Said
Ghosts at Tupelo Landing
Below
Ice Dogs

Along with a writing friend, I spent Monday afternoon through Wednesday morning here, at the Audubon Inn, in Mayville, WI. 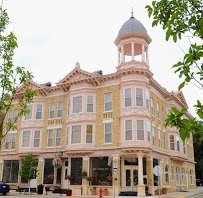 Yes, it is that gorgeous. And due to get even gorgeous-er, since they are updating the decor and making great new plans for the restaurant. All the rooms and suites are named after birds, and I stayed in The Falcon. 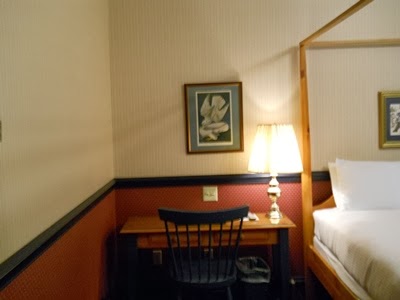 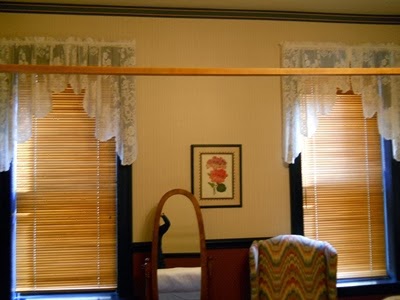 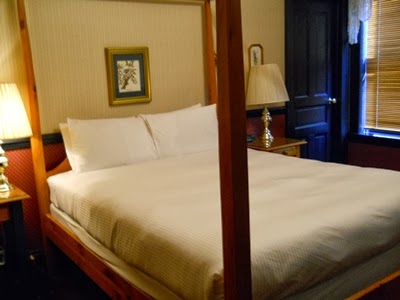 Yes, that's a falcon picture above the writing desk. And while I'm partial to the lace and flowers, I spent a lot of great time at THE DESK making good headway on my WIP. In the evenings, we visited over dinner (Chinese the first night, Italian the second), then repaired again to our respective rooms where, for me and I suspect also for her, there was more writing sandwiched between whirlpool sessions spent reading other people's fiction. We may have to make this an annual event!
Posted by Marcia at 6:00 AM 19 comments:

In Which Not Having Time to Blog Results in Blogging

I am swamped! In a good way. There's lots of revision, and processing beta comments, and thinking about my story six ways from Sunday, and family phone calls, and planning my strategy for an upcoming writing retreat, and a manuscript to reread, and time to pray and dig into the Bible, and -- Must. Exercise. Must. Move. More! What's great is that walking, my exercise of choice, is great for both prayer and story-mulling.

What's also great is that DH (what's fun about calling him that is these are his initials) is perfectly content, nay eager, to be our main contact with the outside world. By which I mean he runs All The Errands. I tease him that the library ladies, who've taken to calling him "Mr. Marcia," would be disappointed if I showed up myself to check out the stream of books I normally keep on hold. Not all men would do this -- and with such a completely willing heart on top of it. Some men would bristle at the "Mr. Marcia" joke. Some people, frankly, would hear that phrase and suspect our family is "out of order." But he receives it in the good humor with which it's meant, and brightens others' days as he runs here and stops there. That's the man with whom I have been blessed.

So -- I am swamped, but in a good way. Do stay tuned, though, because next week I'll post about a friend's and my writing retreat at a B&B. Can't wait!
Posted by Marcia at 6:00 AM 13 comments: