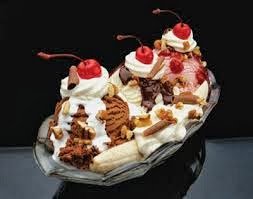 My wonderful, sweet (despite what she says) friend Vijaya gave me a "sweet award," and as I'm somewhat drawn to questionnaires and interviews and such (ha, probably for the same reason teen girls like quizzes), I'll play. And the rules are easy! Answer the following five questions having to do with sweets and then nominate five more bloggers. Okay, well, I usually have a problem finding people who haven't already played these things, so we'll just see how I fare with the second requirement. Anyway:


1. Cookies or Cake? No, no, no. The question is pie or ice cream, to which the answer is: 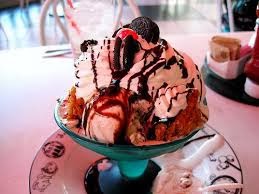 What? Instructions? I should follow? Okay. Cookies. I love a good chocolate chip or oatmeal raisin, Oreos, graham crackers with frosting on them, and I'd say probably the best basic all-around ice cream flavor is cookies and cream, closely followed by cookie dough. 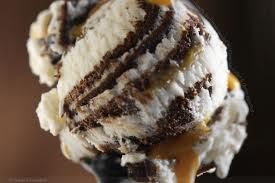 3. Favorite Sweet Treat? What? I have to draw you a picture?
4. When do you crave sweet things the most? Probably anytime from lunch onward is fair game.
5. Sweet Nickname? When I was a child, my best friend's dad called me Marshmallow.
Five bloggers to pass the sweets to. Okay, I'm gonna give this my best shot. Of course, feel free to play or not, as you choose.
Barbara Ann Watson
Leandra Wallace
Mirka Breen
Medeia Sharif
Ruth Schiffmann
And now, if you'll all excuse me, there's something in the freezer calling my name...
﻿
﻿
Posted by Marcia at 6:00 AM 20 comments:

In this quote round-up, instead of giving quotes from many different writers, I'm going to quote a few favorites more at length. Hope you enjoy these:

From Lucy Maud Montgomery --
From Madeleine L'Engle --
From Louisa May Alcott --
Which of these do you like best? Do you have a current favorite quote?
Posted by Marcia at 6:00 AM 21 comments:

The Boy who Loved Math, by Deborah Heiligman 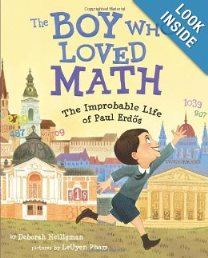 Now, I don't normally profile picture books on this blog, but this is about math, people! As soon as I heard the title, I knew I'd have to read it.

I love everything about The Boy who Loved Math, starting with the fact that Deborah Heiligman thought the life of mathematician Paul Erdos (born in 1913) was an important, and doable, subject for a PB biography. (I'm not able to reproduce the characters properly here, but this is a Hungarian name pronounced AIR-dish.) I love that though she could have portrayed him as a downright misfit, she portrays him as a joyous soul who creates a life for himself that works. This is a man who, as a four-year-old boy, could ask you your birthdate and instantly calculate how many seconds you've been alive, but who literally did not learn to butter his own bread till he was an adult.

I love this look into the fascinating mind of a genius, who flew all over the world meeting with other mathematicians and proving theorems, stayed in their homes, played with their "epsilons" (their kids, so called because in higher math epsilon represents a very small quantity), laid the groundwork for today's computers and search engines, gave money to the poor, endeared himself to many as "Uncle Paul" -- and yet couldn't drive a car or keep house for himself, and thought the way to open a juice carton was to stab it with a knife. (As one who is near-hopeless at opening many sorts of containers, I feel a weird, slightly scary identity with this.) I love the artwork by LeUyen Pham, who has built all kinds of math into her portrayal of early-20th-century Budapest. I love the author and illustrator notes that explain their research and give further information on Erdos's life. I love that when Paul Erdos passed away (in 1996), it was at a math meeting. I love that Paul imagined there was a book in which God kept all the most elegant proofs.

This book is outstanding for encouraging an early positive opinion of math in children. For more on Paul Erdos, adults might be interested in The Man Who Loved Only Numbers, by Paul Hoffman, and Bruce Schechter's My Brain is Open, which title is taken from the phrase Erdos used when announcing to colleagues, at any hour of the day or night, that he was ready to do math. Readable and delightful.
Posted by Marcia at 6:00 AM 12 comments: