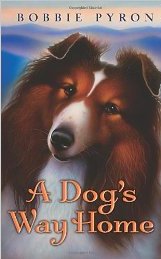 This is a just plain good read. Highly recommended.
Posted by Marcia at 6:00 AM 28 comments:

It's critique time. Enter to win!
Let the entering begin!
Posted by Marcia at 6:00 AM 11 comments:

Not as Broad as it Sounds: First Person, Chronology, and Theme :)

I usually write in third person rather than first, although two of my published novels are in first. Here are some things I think/thought I knew about first person that make it different from third:
But here are a couple of newer thoughts I'm chewing on, arguments I've come across in my study of the subject:
It's that should that snags me. John Truby, in The Anatomy of Story, argues that the storyteller device (of which first-person narration is probably the most popular form) is superfluous, just a frame, if used for a simple chronological story. That kind can be dramatized without the narrator. But in a first-person tale, you have the narrator's entire memory and agenda to play around with. What does she want you to know first? What does she forget and have to tell you later? Both of my first-person novels are chronological. They are mysteries, which also figures in, but yeah--if and when I tackle another first-person book, I'll definitely think about how that might lead into a more creative structure.
Whoa. I never thought of it that way. But with a bit of thought I can see it: The storyteller, even if relating a story of war, fights, explosions, and heroism, is primarily creating art in telling the story. He's more concerned at that moment with relating what happened than with even the happenings themselves. The theme lies in what the act of storytelling does for the MC, not in what the story itself did for him. But when the story's in third person, with the MC doing exploits but not himself interested in recounting the events, the theme will relate directly to that action and heroism.

What do you think? Agree? Disagree? What would you add?
Posted by Marcia at 6:00 AM 19 comments:

In days of yore, I worked at the public library. One day, an odd young man came in (he had, on a previous visit, used the library phone [small town, long time ago] to cold-call a dude ranch and blurt, "Can I get a job there?" which had caused me to flee the circulation desk and hide in the stacks to laugh), pointed to the A-Z shelves and asked, "Um, fiction...that's fake, right?"

I don't remember exactly what I said. I do remember that laughter, unless maniacal, was not one of the responses I considered. I also remember that, being in my place of employment here, I kept my mouth shut for several beats. No Mount Vesuvius of righteous indignation. I suppose it's possible I said "WHAT?" although not that loudly. Eventually, I did manage to burble that yes, nonfiction was the factual stuff with the Dewey decimal numbers on the spines, and fiction was imaginative story, invented by the writer.

I don't really want to segue into discussing the worth of fiction, as suggested by questions and comments we've all probably heard: "How am I supposed to get anything out of stuff that isn't real?" "Fiction is all lies." (For the record, I can't stand when writers say fiction is lies.) "Fiction is just made up, it's indulgence, not worth my time." I want to stick to the definitions. IS fiction lies, fake, false, untrue? IS nonfiction anything that's 100% factual, or "happened just that way"?

It ain't that simple.

I've seen stories that use characters, conflict, plot, and dialogue, accompanied by a note saying the whole incident happened "just like this," so it's nonfiction. Nope. To any editor or reader seeing it, it's fiction based on a real event, and could probably use some changes (fictionalizing) to make it an even better story. Unless you have clearly signaled that this is a personal experience essay, say, or an anecdote meant to illustrate a point you're going to discuss, this "true story" material wants to be, and is, fiction.

I've seen articles that use characters, conflict, plot, and dialogue to teach history or nature lessons, in which kids ask questions like "So why is the sky blue, Mr. Jones?" and Mr. Jones answers, "Why, Billy, the sky is blue because of the way Earth's atmosphere scatters sunlight," accompanied by a note saying this is fiction. Nope. There's no dramatic or emotional arc. This is a presentation of factual material about how the Earth's atmosphere interacts with light. The goal is to inform. Though it's not written in a style likely to sell today, it's nonfiction.

Is fiction false? Never -- not so long as it puts its finger on the way life and relationships work, the way actions have consequences, the way emotional journeys and character growth come about. Is fiction "made up"? Not all of it. Plenty of events and places occur in fiction that were drawn from real life.

Is nonfiction true? Not if it contains errors. Not if it's simply the best understanding of the day, liable to be proved wrong 10 or 100 years from now. Not if it's solely the opinion of an op-ed writer. Like fiction, nonfiction is filtered through writers who have a particular world view, and that makes a difference. Is nonfiction factual? Yes -- to the best of our knowledge and belief. But if it's found not to be factual, does that make it fiction? No. It makes it bad nonfiction.

Fiction presents a character with a weakness, a need, and a conflict, and takes him or her through struggles to a decisive battle and an outcome, saying something about life in the process. Nonfiction is (usually) direct writer-to-reader attempt to teach, inform, express, inspire, or persuade.

Good nonfiction, and good fiction, are both true.
Posted by Marcia at 6:00 AM 16 comments: