Marcello in the Real World, by Francisco X. Stork

Marcelo, age 17, is on the high-functioning end of the autism spectrum. Highly intelligent, he hears inner music; speaks of both himself and people he addresses in third person; sometimes struggles with appropriate responses; is intensely interested in the Bible and prayer, which he calls "remembering"; and has yet to feel any sexual desire. He feels at home and well-educated at his special high school where he has a summer job as stable man, taking care of and training ponies to be ridden by kids with all kinds of disabilities. The problem arises when Marcelo's father issues an ultimatum. Marcelo, he says, isn't experiencing enough of the real world. He can either go ahead with his summer job at the stable and switch to public high school for his senior year, or he can stay at his school IF he comes to work in the mail room at his father's law firm for the summer. Deciding that his bottom line is not to switch schools, Marcelo chooses the law firm, where he meets the conniving, golden-boy son of his father's partner and the unique young woman who supervises him in the mailroom, discovers that the firm is defending the manufacturer of defective car windshields that have maimed scores of people, and finds out certain unpleasant facts about his father -- learning more about the real world than his father may have wished.

But this book is far from jaded or pessimistic. There are two sides to every story, and weaknesses and strengths in everyone, whether they're considered disabled, normal or gifted. Marcelo's voice is unique but believable, kind but dispassionate, childlike but not naive. The development of his relationship with Jasmine, the girl in the mailroom, is surprising, a linking up of the things they have in common, with no giddiness or rushing into displays of affection. All of the secondary characters are more than types, more than what people would assume about them, just as Marcelo is.

Marcelo in the Real World won the 2010 Schneider Family Book Award in the YA category, and the award is richly deserved. This is simply a very lovely novel.

The winners of this month's critique giveaway are:

Here's the procedure. Email me at marcia at marciahoehne dot com:
Congratulations to Larissa and Andrea, thank you all so much for stopping by and entering, and by all means enter again next month! Wishing you all a great day in the world of books...
Posted by Marcia at 6:00 AM 8 comments:

It's critique time. Enter to win! Here are the rules and caveats:
So if the above sounds good to you, let the entering begin!
Posted by Marcia at 6:00 AM 22 comments:

Of Surface and Story-Worthy Problems

I've been studying Hooked, by Les Edgerton, which deals with how to "write fiction that grabs readers at page one and never lets them go," according to its subtitle/cover blurb. I enjoy books about writing that discuss familiar aspects of fiction using a slightly different approach and vocabulary than I've seen before, I think because such books link up with the understanding I already have and expand it. At ICL, we talk a lot about outer and inner conflict, the outer being some sort of jam the character has to get himself out of, or goal he must take action to achieve; and the inner being an emotional struggle of some kind, whether it be insecurity, fear, loneliness, a rocky relationship, an identity crisis, or what-have-you. You might say that the outer conflict is about what the character wants, and the inner conflict gets to the bottom of why he wants it. In Hooked, Edgerton talks about the surface problem(s) and the story-worthy problem.

Surface problems, of which there can be any number, are outward problems to be solved, many of them growing out of previous ones in a cause-and-effect relationship. The story-worthy problem is a deeper psychological issue whose importance and meaning become clearer to both protagonist and reader as the story goes on; it's what the book is "really about." To find the story-worthy problem, it's helpful to examine your surface problems and ask "why" questions. Maybe Becca sorely wants to win the presidency of the sixth grade, but her opponent is more popular, she flubbed her speech, her campaign manager is home with the flu, and someone tore down all her "Bec for Chief Exec" posters. Simply tackling all the surface problems that come with running for office won't make a story. But if we ask why Becca wants to be class president, we might think for a moment and say, "Well, she wants to be important among her peers." Okay, but why? "Well, because she doesn't feel important at home." Now we're getting somewhere. Maybe Becca's father is the mayor and her mother's on the school board and her college-age brother is president of the Young Democrats and his parents are sure he'll be governor some day, at the very least. And along comes little Becca, so much younger, so much shier, and never a part of the dinner-table political discussions. Her story-worthy problem is to find a connection to her family. If she wins the class election she'll prove she's a part of them, and if she loses -- well, what kind of statement will that make in this family of political winners?

How about you? Can you think of any other functions of the story-worthy problem? Do you know what that problem is at the start of your story, or do you discover it en route, or have you done both? Do tell!
Posted by Marcia at 6:00 AM 12 comments:

There won't usually be this much fanfare to announcing the winner, BUT my granddaughter Layne and her lovely family are visiting us this weekend. She was more than happy to draw the winner's name, so take it away, Layne! 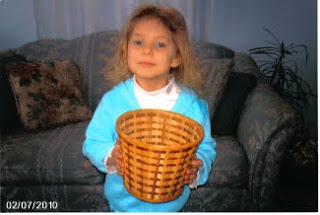 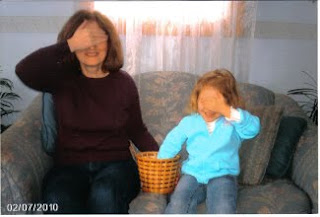 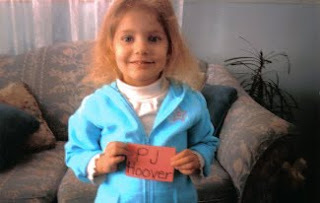 Congratulations, PJ Hoover! No later than March 8, please email me at marcia at marciahoehne dot com, giving me your postal address, and I'll acknowledge receipt and get The Penderwicks on Gardam Street plus your mystery book, which is a copy of my YA biography Anne Bradstreet: America's Puritan Poet, right out to you!
Posted by Marcia at 6:00 AM 11 comments:

The first book I'm giving away is a contemporary MG novel, The Penderwicks on Gardam Street by Jeanne Birdsall. If you want to read my review, you can find it here: http://marciahoehne.blogspot.com/2008/07/book-of-semi-month-club.html
This is a fun story about four sisters, their absentminded professor father, and what happens when their aunt decides her widowed brother should marry again. AND, the winner of this drawing gets a second, "mystery" book as an added bonus!

To be entered in the drawing:
I'll tally the number of entries per person, put 'em all in the hat, draw one, and announce the winner bright and early on Monday, February 8.

Okay, so that was a LOOONNGG blogcation. I see that I've been gone just about the length of an overdue pregnancy (or that would be true if I'd got rolling in January), and while I think some things were "birthed" in my personal and family life in 2009, none of them were literal babies, haha. Nor books.

But I think the time is right, the time is now, even the decade is now, for me to start on--oh, it's too corny to say "a new chapter," but that's pretty much what I mean. I have a book to write, a plan, and a new beginning for this blog.

I hope to post about six times per month. Along with posts on writing, book reviews and the occasional personal glimpse, twice a month there will be giveaways. Yup, free stuff! Beginning this Thursday, February 4, so be sure to stop back. The first Thursday of every month I'll be giving away a free children's or YA book. These will mostly be MG or YA novels, but nothing in the children's or YA market is ruled out. The third Thursday of every month, I'll give away TWO free critiques of the first 1000 words of a magazine story, chapter book, MG novel, or YA novel. Again, this Thursday, February 4, is the first book give-away, so come back, find out what the book is and how the giveaway will work, and enter to win!
Posted by Marcia at 6:00 AM 9 comments: