I'm back from the MWW -- Midwest Writers Workshop -- held last weekend at Ball State University in Muncie, IN. I simply had the best time imaginable. I met my agent in person. It was just so spectacular that I don't even know what to say. (Except, "I want to do it again! Preferably now!") Let me say this: If you can meet your agent, do it.


It's pretty common for writers to come home from conferences ready to write. But while inspiration can come from session content or quotable speakers, it usually comes from the connections we make. I met my wonderful agent in person. I don't truly believe in luck, but the word somehow captures the feeling in the way that loftier, and sometimes smugger, words like "fortunate" or "blessed" just can't: I feel like the luckiest writer on the planet.

And I have plenty of writing to keep me busy. I'll be taking August off, but I'll see you here again on September 4. Have a wonderful rest of the summer!
Posted by Marcia at 6:00 AM 6 comments:

Off to the MWW!

That's Midwest Writer's Workshop, and it's being held July 24-26, at Ball State University in Muncie, IN. This is a large, annual conference with a fine faculty of authors, agents, and editors -- and this year, MY agent will be there! A link to the whole scoop is here.

The conference also happens to be not far from my son's home -- so, yeah, everything aligned for me to go. :) I'll share some tidbits next week!
Posted by Marcia at 6:00 AM 6 comments:

Every Day After, by Laura Golden 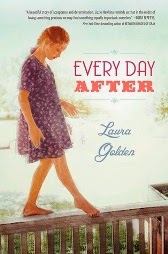 It's the Depression, and Lizzie Hawkins's father has taught her to always be tough and never accept charity. The thing is, Lizzie's father wasn't so tough himself: After losing his job, he's taken off and abandoned his family. Her father's abandonment has in turn caused her mother's, only in a different form. Lizzie's mother is now completely catatonic.

Lizzie feeds the two of them by fishing and tending the vegetable garden. She puts her mom to bed at night and gets her up in the morning. She does the laundry (which procedure is described in detail) and fixes her mom cups of tea. She has always been a top student (another demand of her father's). But now her heavy responsibilities mean her grades are slipping, to the delight of her nemesis, a thoroughly mean girl named Erin Sawyer whose family has recently moved to Alabama from Georgia. Erin wants to be top dog above all else, and, among other unreasonable demands, continually harangues Lizzie to pull out of an essay contest they have both entered.

Lizzie is not completely likable, and that might be a stumbling block for some readers. Specifically, she is quite self-centered, and when her friend Ben confronts her about it, we root for him. But not only does the author keep many readers (judging by the love this book has gotten) rooting for Lizzie in spite of her rather blatant faults, but she manages, in first-person narration, to convey that Lizzie is a somewhat unreliable narrator. The characterization, setting, and writing itself are nicely done.

We keep hearing that the Depression era has been overdone in historical fiction, yet here it is again. I would probably read any number of Depression-era novels, and apparently I have lots of company. Minor quibbles: This is yet another mother/child role-reversal story, and I'm honestly full-up on those. Erin is allowed to be much brattier in front of adults than I believe a child of that era could have gotten away with. And I just didn't buy the name Erin. For an obviously Irish character that might have been okay, but Erin was a popular name in the 1970s and '80s, not in 1917, the approximate year of the MC's birth. But as I said, minor quibbles. This is highly recommended.
Posted by Marcia at 6:00 AM 11 comments: 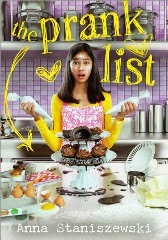 Today I'd like to welcome Anna Staniszewski to the blog. Her newest novel is THE PRANK LIST, released July 1 from Sourcebooks Jabberwocky. She's here to talk about a subject I'd personally love to hear more about: marketing a novel when it's not your first -- when you don't qualify to join debut groups or otherwise capitalize on "debut" buzz. What do we do when we have to gear up for promo again, but on a second or later novel? Anna has some great tips.

When people ask me for advice on promoting their debut books, I tell them to try anything they can think of. If something works, use it again! If something fails, you’ll know better next time. But what should you do when your second (or fifth) book comes out? If you’ve been taking notes on what worked or didn’t the first time around, you’ll have a better sense of where to start. Here are a few other things to consider.

--Have a launch party. Do you feel guilty making your friends and family come out for yet another book event? Don’t! Think of it this way: wouldn’t you want to come support your friend or family member’s newest accomplishment? If your publication dates are close together (like mine are) then it might be fine to forgo an official launch, but make sure to have some event to help celebrate the book’s arrival. (I’m hosting a cupcake-decorating party at a local bookstore, for example.)

--Reach out to your community. Hopefully you’ve been keeping track of enthusiastic booksellers, supportive bloggers, etc. to contact again about your newest book baby. If people were excited about your first book, they’ll want to hear about your new one. Make sure to help promote them in return. Not only is this good etiquette, but it helps forge relationships for the future.

--Find your book’s implied audience. Is your title particularly good for mother/daughter book clubs, for example? Great! Put together a discussion guide and reach out to local libraries to see if they might be interested in using it. Is your book about a robotics competition? Awesome! Maybe there’s a local club you could team up with. Remember that every book--even if it’s part of a series--comes with its own marketing opportunities.

--Don’t be afraid to say no. If you know you hate doing school visits, for example, it’s okay not to do them. Use that time to write, instead. You’ll never be able to do everything, so you want to make sure that whatever marketing you choose is enjoyable and worthwhile. Again, keep a list of what you like and what works, so you can focus on those types of opportunities.

What are your marketing tips for debut or non-debut novels? Do you have any fun out-of-the-box ideas you’d recommend? 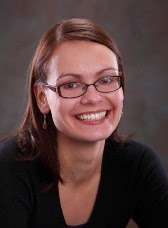 Born in Poland and raised in the United States, Anna Staniszewski grew up loving stories in both Polish and English. Currently, she lives outside Boston with her husband and their crazy dog. When she’s not writing, Anna spends her time reading, daydreaming, and challenging unicorns to games of hopscotch. She is the author of the My Very UnFairy Tale Life series and the Dirt Diary series. Her newest book, The Prank List, released on July 1st from Sourcebooks. You can visit Anna at www.annastan.com. 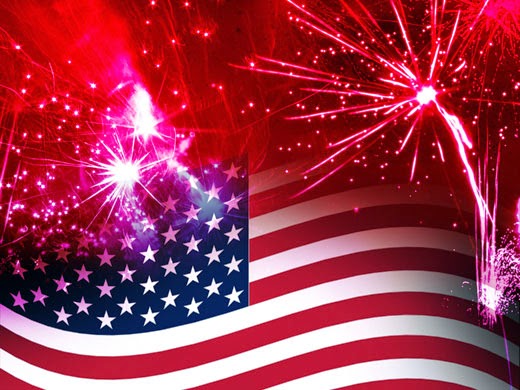