Revising Gets the Mistakes Out, Right?

My daughter was reading a novel by a popular mystery writer. Quoting to me from a certain page, she said, "The main character says, 'I left the keys in the ignition.'" She paged ahead a bit. By now, the MC was tangling with the villain, had ended up flat on the ground, and was casting about for any sort of tool. My daughter went on, "But here, she says, 'I felt a lump in my pocket and realized it was the car keys.'" My daughter put the book down. "I hate stuff like that!"

I do, too. At best, blatant inconsistencies take you out of the story. At worst, they kill the story and you shut the book for good. No matter how exciting the action or heightened the emotions in a scene, that all goes poof if you the reader are yelling, "You do not have the car keys in your pocket! You left them in the ignition!"

The thing is -- and I told my daughter this -- I get why these mistakes happen. They happen because of revision.

Revision is supposed to fix what's wrong, what's weak, what's not there yet. And, overwhelmingly, it does. I love revision, much more than I love writing the first draft. But the most difficult aspect of revision isn't making yourself change things. The most difficult aspect is performing the microsurgery that's involved in removing all traces of whatever you're taking out, altering all the spots that need to be changed because of something you've added, and then stitching the book back together so seamlessly that the reader never knows you once had story parts lying all over the place.

And why am I thinking of all this now? Because I'm revising, and I got to p. 8, and there's a big, fat inconsistency sitting there. Yes, only EIGHT pages in, and I've already found a "car keys" moment. But why is that mistake there? That inconsistency did not exist in the first, second, or third drafts of the chapter. It's here in the fourth (thereabouts) because I cut something out a few pages earlier, and along with that cut passage went whoops the piece of information that we need in order to not go "Huh?" on p. 8.

Part of the nature of revising anything is that, besides tackling old errors, we can introduce new ones, and we have to get rid of those, too. Now I'm wondering if I should go show this chapter to my daughter. :)
Posted by Marcia at 6:00 AM 13 comments: 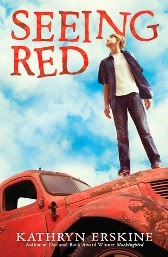 Really, I should phrase that "letting the well fill." Part of the process is the letting, not the controlling, or worse, the forcing.

I've decided that letting the well fill isn't all about getting a new book idea. Because I have one of those. Sometimes it's about just shifting gears. Taking a vacation of the mind or spirit. Sometimes it's about being something besides a writer. Laying it all down -- which is quite distinct from kicking it to the curb.

Sometimes letting the well fill involves reading. Who am I kidding: centers on reading. But I'm going to be selective and persnickety about that rather than going on a binge or a feast. If I were a runner, I'd run, but since this is me, I'll walk. And contemplate, and...and nothing, because this is letting the well fill. And it's trying on for size the idea of needing to be nothing except God's daughter.
Posted by Marcia at 10:28 AM 13 comments: