Random.org says the winners of the March critique giveaway are:  Annie McMahon and Sarah Ahiers!

Here's the procedure. Email me at marcia at marciahoehne dot com:
Congratulations to Annie and Sarah, and thank you all so much for stopping by and entering. Wishing you all a great day in the world of books...
Posted by Marcia at 12:00 PM 9 comments:

Sort of a Book Blurb + Sort of Math = Weird Post

March critique giveaway open through March 28! Scroll down one post.

I usually post about MG books here, or books that ride the line between MG and YA. But that doesn't mean I don't read YA. One of my favorite authors is, in fact, the YA writer John Green. Not because I like all of his books equally well (I don't, actually), but because as far as the sheer intelligence of his writing, and his ability to convey things I thought only I thought, I can't remember when I've encountered his like. I'll at least pick up anything he writes; that is for sure.

I recently read his newest novel, The Fault in Our Stars. And it. Is. Brilliant. This year, his (next) Printz may very well come.

However. The book says something that makes what's left of my mathematical mind (which has languished over three or so decades) shudder: That some infinities are bigger than others. That, for example, there are more numbers (not speaking solely of integers, but of all possible rationals and irrationals) between, say, zero and a million than between zero and one.

And here I'd really like to diverge from any direct comment on the novel. This is really no longer about the novel. It's just the compulsion that still arises within me every now and then to speak my mathematical piece.

No, some infinities are not bigger than others. Such a notion doesn't make sense. Between zero and one lies an infinite number of fractions and decimals, almost all of them irrational, or non-repeating decimals. 0.5039285715790432... and on and on; you get the picture. No pattern to them. This means there's always another one. And another one. And one more. And yet one more.

And this is just one of the things that make math, and creation, amazingly cool.
Posted by Marcia at 6:00 AM 15 comments:

It's critique time. Enter to win!
Let the entering begin!
Posted by Marcia at 6:00 AM 34 comments:

When Your Reader Says, "I Don't Believe it!"

Plausibility is a huge consideration in fiction. We're already asking people to read something we know and they know didn't actually happen, and since they're doing so willingly, they'll suspend disbelief to a point and even accept fantasy elements. Yet, if they just can't buy the premise, or the emotional reactions, or some of the plot events, they're often pulled out of the story to the point where they can't be recaptured. I think that's because, for those readers, the story is no longer fulfilling one of the great functions of fiction: To give shape and meaning to life and help tease out truth. Life can be random; fiction cannot, or it loses value. (Just as an aside, I think another great function of fiction is to nurture compassion and a sense of connection to others.)

There are times, though, that we use in our stories events that might make readers skeptical. Here are some ways I've found to make the implausible more plausible in fiction.
Have you had to "sell" an implausible aspect of a story? How did you do it?
Posted by Marcia at 6:00 AM 27 comments: 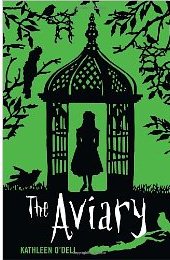 There's just one thing: I figured out the big reveal, which comes somewhere around pp. 150-160 if memory serves, on p. 3. Occupational hazard, probably. But this did not stop me from reading the whole book, as I was already well hooked. Highly recommended.
Posted by Marcia at 6:00 AM 17 comments: