Random.org says the winners of the May critique giveaway are: Barbara Watson and Ruth Schiffmann!

Here's the procedure. Email me at marcia at marciahoehne dot com:
Congratulations to Barbara and Ruth, and thank you all so much for stopping by and entering. Wishing you all a great day in the world of books...
Posted by Marcia at 12:00 PM 9 comments:

May Book Pick II -- Between Shades of Gray, by Ruta Sepetys 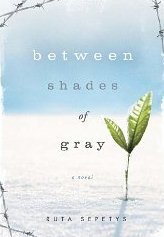 As I mentioned a few weeks ago, I don't usually blurb YA unless it's on the borderline with MG. Furthermore, I usually highlight one book per month, but I'm in the happy situation of finding so many good novels lately that I might be posting on books more often, for a while at least. So here, I give you Between Shades of Gray, the 2012 SCBWI Golden Kite Award winner for fiction.

This is one of those rare "if you read only one novel this year, let it be this one" books. It is captivating from the first line, but early on I wondered if I'd be able to continue because the story is so very painful. However, it's also compelling and beautiful, and my memories of a college professor who escaped another Baltic state (Latvia) under similar circumstances invested me further in the story.

In 1941, sixteen-year-old Lina, her parents, and her little brother are abducted from their home in Lithuania by Russian soldiers, loaded aboard train cars (the father is separated from the others) and shipped to labor camps in Siberia during Stalin's period of "ethnic cleansing" of the annexed countries of Lithuania, Latvia, and Estonia. One day, Lina is a normal teenager involved with friends, interested in boys, and passionate about her art, and the next, she is riding in a filthy, overcrowded boxcar where she'll spend miles and miles and weeks and weeks, eating little but gray gruel while many in the car sicken and die (their bodies tossed out along the route) -- and the journey to Siberia isn't even the bad part. When those who survive the trip arrive, already weak and malnourished, they are forced to farm beets in the extreme cold and snow, sleeping the few hours they're allowed to in rude cabins they themselves had to build. The story is told from Lina's point of view, alternating between the present and snippets of the past that contrast with and inform the main storyline. The supporting characters -- Mother, her brother, the boy Andrius with whom she has a prickly but growing relationship, and ones she knows only by certain traits such as "the bald man," and "the man who winds his watch" -- come to life and portray the array of possible reactions to these experiences, from defeatism and depravity to almost unbelievable kindness and determination to survive.

That people can go through such unspeakable events, survive, and go on to live reasonably well-adjusted lives is amazing and incredibly humbling. I sincerely doubt I could or would put up the necessary fight. Part of the reason Lina does, aside from her family, is her art, and her determination to use a series of pictures to get messages to her father, imprisoned elsewhere, that will tell him where to find them when -- surely it must be when, not if -- they are finally freed.

If Anne Frank's diary put a face on Holocaust victims for us, then Between Shades of Gray does the same on behalf of the people of the Baltic states, whose history is so similar but less known. When you pick up this book, be prepared to need to read it in as few sittings as possible, and have a box of tissues handy. My only caution is that it may be too intense for kids younger than high school age. Otherwise, I can't recommend it enough.
Posted by Marcia at 6:00 AM 21 comments:

It's critique time. Enter to win!
Let the entering begin!
Posted by Marcia at 6:00 AM 20 comments:

To Plot or Not -- Tips for Either Approach

Most fiction writers have heard about the plotter vs. pantser debate, or, in other words, have declared themselves either outliners or not-outliners. I'm reading Plot and Structure by James Scott Bell, and while I wasn't surprised that he touched on this subject, I was very interested in the specific suggestions he gives for both types, whom he calls NOPs and OPs (not-outline people, and outline people). Many writers agree that either way is a fine way to work if it works for you, but while there's some awareness that operating somewhere in between is possible, I think there's less being said about what the respective processes might actually look like in action, especially for the NOPs. So here, paraphrased and annotated, are Bell's tips on how to approach writing a novel if you don't outline, and if you do.

If you are a NOP, pantser, or non-outliner (like me, mostly):
If you're an OP, plotter, or outliner, there are many ways to work:
For me, the pantser advice is especially affirming, as is the as-you-go outlining method, which to me is still pantsing with some discipline added. :) Can you find yourself here somewhere, even in two or more categories, maybe? Do you use something he doesn't mention?
Posted by Marcia at 6:00 AM 35 comments: 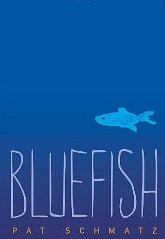