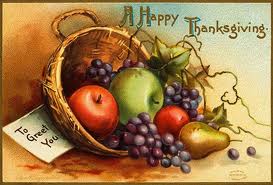 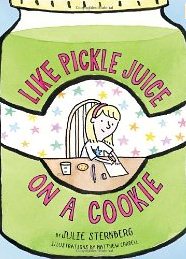 The reason August was so bad was that her beloved babysitter, Bibi, had to move away to take care of an ill family member. So close and loving was their relationship that Bibi knew which of Eleanor's teeth were the loose ones. How would another babysitter ever compare?

Told in verse that makes it a fast read, the story still conveys Eleanor's adjustment to loving a new sitter while fondly remembering the old at a believable, gradual pace.  What I love about this book is that no one is a disappointment; no one lets anyone down. Eleanor's parents are understanding, her new third-grade teacher is a gem, her new sitter Natalie is understanding plus just as competent as Bibi, and when Eleanor writes a letter to Bibi, she gets a warm response. This story is a wonderful example of how loss and change, which no one involved may really want, can not only be survived, but, in an atmosphere of love and support, can lead to growth and a greater wealth of life experiences. Even when the child needs to act out, such as when Eleanor grabs any book at random to read to herself rather than let Natalie read to her, and ends up with a book much too hard for her. (The illustration shows Moby Dick on the cover.)

And, I think, the book gives us at least one gentle caveat. We need to remember that continuity in a child's caregivers is important. Eleanor has had that continuity, and she's starting third grade, but even so, the change is hard for her.  But with humor, patience, and love, these challenges can be overcome, even though life will manage to drizzle pickle juice on our cookies every once in a while. Highly recommended.
Posted by Marcia at 6:00 AM 16 comments:

For some time I've been puzzled by libraries' inability to agree on whether a novel is middle grade (MG) or young adult (YA). Maybe I shouldn't be. It does seem sensible that there'd be a flow from one age group to another when one of them is defined as ages 8-12 and the other as 12+. At least, those are the usual definitions. The 10-14 category, sometimes called tween or upper MG, is aimed mainly at middle school and overlaps both traditional MG and YA. Surely, then, assigning a novel to an age group can't always be cut and dried. In fact, Gary Schmidt's novel Lizzie Bright and the Buckminster Boy was both a Newbery Honor (books intended for readers no older than 14) AND a Printz Honor (equivalent YA/teen award) in 2005.
Yet...some observations. Writers can and do get rejected by agents and editors because their novels fall between the age cracks. (I haven't, but it happens.) It seems MG in some respects and YA in others, they're told, which is going to make reader identification and marketing difficult. I can understand this. BUT I could argue that a number of published books already do seem MG in some respects and YA in others, or some librarians -- professionally trained book people -- wouldn't shelve them as child, juvenile, or elementary fiction, while other librarians put them in their YA collections.

Another thing I observe is that YA is hot today. Does this mean YA stickers get applied to the spines of books more liberally these days? Sometimes it seems the general public considers any book that's younger than adult, and prominent enough that they've heard of it, "YA." John Grisham's Theodore Boone, Kid Lawyer might be a case in point. It's been termed YA, and the main character is 13. But really, how "YA" is 13? In plenty of cases, not YA at all. Theodore Boone is MG -- especially since he pretty much announces early on that he's not into romance, thank you very much. Meanwhile, within the industry a romantic angle is considered all but compulsory for most YA fare.

I recently did my own highly unscientific survey of a few random titles in my public library system. Here's what I found:

Flipped, by Wendelin Van Draanen. Six libraries call it YA and three MG. It's a light romance, but begins when the kids are 7 and takes them to 8th grade. In maturity and content, this is light-years from a HS romance. BUT it has a YA-ish cover, and my guess is that's what determined the placement. My verdict: Upper MG.

Shakespeare's Secret, by Elise Broach. Six libraries call it MG and only one YA. This is a mystery starring 6th graders, and like most MG fare is concerned with outward plot and the wider community more than "Who am I?" questions. My verdict: MG. I know there's only the one YA designation here. But...why?

Masterpiece, also by Elise Broach. Here MG wins by a score of 10-0. It's not much different than the above title as far as type of book, BUT one of the main characters is a beetle. And he's on the cover. My guess is that this is why Masterpiece is labeled MG all the way, which it should be.

The Visconti House, by Elsbeth Edgar. MG: 2, YA: 2. Yup, a tie. In this one, a boy and a girl explore the mysterious old house her family just moved into. Does this one fall through the cracks into no-age land? In the end, I don't really think so. My verdict: Upper MG.

Makeovers by Marcia, by Claudia Mills. This is a light story about an 8th grade girl whose concern with appearance seems shallow until she gets into doing makeovers at a nursing home. Here, YA beats MG by a score of 3 to 2. My verdict: MG.

What do you think? How subjective is the MG/YA designation? Does it bug you when MGs are labeled as YA? Have you found any examples of YAs labeled as MG?
Posted by Marcia at 6:00 AM 24 comments:

Genres on My Mind

I'm not a trendy person. Got to Twitter a few years late. Never did get on Facebook. Yet, anyway. My computer is still a desktop. This behind-the-times goes all the way back to days of yore, in which I never owned a Barbie (though my grandparents bought me a hula hoop), grew my hair long and center-parted two years after everybody else did, and didn't dream of ironing it because we lived in a small house, my mother's eyes were everywhere, and she'd've had a major cow.

I don't write or read to trends, either. (Digression: Studies show, or so I've read, that people resist jumping on a bandwagon that has been going for a while. Mostly, they either get in at the beginning or pooh-pooh it. I can see truth in that.) Trends in literature, though, seem to have more power now than they used to, and this makes so many of us worry that we are writing The Wrong Thing For the Market.

Let's pretend for a minute that you are the market. What genres, for you as a reader, are over with? What genres will never be over with as far as you're concerned, because you love them? What genres do you want to see make a comeback? What genres (MG or YA) wouldn't you read if they were the last genres on Earth?

My answers:
But, regardless of genre, what I really want is a good story with relatable characters, important themes, and a plot that's got some get-up-and-go to it. Too much of what I'm picking up now seems overly weird and...dare I say it? Possibly over-crafted.