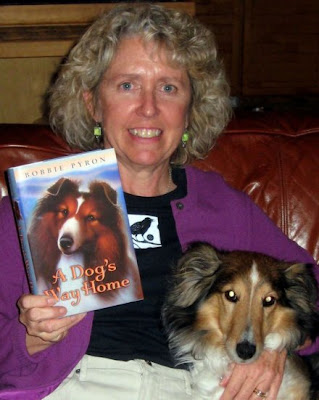 Two weeks ago, I talked about Bobbie Pyron's wonderful middle-grade novel, A Dog's Way Home. Today, I have the privilege of interviewing Bobbie on this blog! Read on to hear what she has to say about authors she admires, the freedom to write what you want, the need for research in fiction, and, that big question: Plotter or Pantser?

MH: Bobbie, it's pretty much a given that writers are readers. What kinds of books do you most like to read?

BP: I've always been a voracious reader. I most like to read books that are character-driven and have characters that are complex yet very believable. I also love beautiful writing. I don't tend to read what's popular with everyone else.

MH: Who are some authors you admire, especially MG/YA, and why?

BP: Being a librarian and a writer, I admit to having very strong opinions about books and writers! Alice Hoffman, Anne Patchett, Kate DiCamillo, Cynthia Rylant, Sharon Creech, Sonya Hartnett, and Julia Glass, just to name a few. I have such admiration for writers who are willing to take a risk, whether that's writing something completely different from what they're "known" for, or choosing a particular subject matter, or not following the latest trend. For instance, I have tremendous respect for Libba Bray because she doesn't allow herself to get pigeonholed. I also greatly respect authors like Chris Crutcher, Sherman Alexie, Cheryl Rainfield, Ellen Hopkins, and Laurie Halse Anderson for writing about tough subjects with grace and humor, and Gary Schmidt, Kate DiCamillo, Barbara O'Connor and many more who write heartfelt, compassionate books that actually show the best in people.

MH: Sometimes new writers are surprised to learn that fiction (other than historical) requires research. What kind of research did you do for A Dog's Way Home?

BP: I did a TON of research! Even though I know dogs, and shelties in particular, it was important to me to check facts such as what colors they can actually see. I also wanted to make sure that, if a coyote kills a porcupine in a particular way, that's actually the way it would happen. I read books about the flora and fauna of the Blue Ridge Parkway. I have a horror of some kid reading my book who lives in that particular place and being disappointed because I "got it wrong." For Tam's route home, I had a map of the Blue Ridge Parkway in front of me at all times. I respect my readers too much to let the facts slide just because it's fiction, and especially because they're "just kids."

MH: Plotter or pantser? Have you ever tried the opposite method?

BP: Oh, totally a pantser! I usually have a pretty good idea of the beginning, middle, end, and core conflict when I start. But I like to leave myself lots of room to be surprised and to see where the characters take me. I don't outline before I start. What my agent taught me to do, however, is outline AFTER the first draft is done. I go through chapter by chapter and write down the main things that happen in each. Outlining that way allows me to see "dead zones" -- places where nothing happens to advance the plot or characterization. I also get a bird's eye view of story arc. I highly recommend this technique to even the most hardcore pantser.

MH: Your "Fido and Friends in Five" blog series is cool! Would you say a few words about it?

BP: I'd love to! My editor for A Dog's Way Home, Molly O' Neill, really wanted me to blog after the release of the book in March. I, however, am not a natural blogger. We were brainstorming ideas on how to focus the blog so I didn't feel like I was just saying "Yay me" in every post. We came up with the idea of interviewing other authors about their dogs. I've been amazed by the authors who've been happy to talk about their dogs on my blog -- folks like Kathi Appelt, Gary Schmidt, Patricia MacLachlan, Lisa Yee, Katherine Erskine, Pete Hautman, Marilyn Singer, just to name a few.

MH: It sounds like you've provided them a great outlet to talk about their dogs, Bobbie! Your first novel, The Ring, is a YA about boxing, and A Dog's Way Home targets a different audience. You've mentioned that you admire authors who don't let themselves become pigeonholed. But so many authors have heard they should be concerned about branding. Can you comment a bit on career strategy?

BP: Ha! You assume I have a career strategy! I think for me (maybe because I'm an old hippie), I have a real fear of being "branded" as a certain kind of writer. I write the stories that insist on being told. My trick has been to find an agent and editor who will let me write these stories and trust me. I have a quote pinned on my bulletin board in my room where I write from Sonya Hartnett, an author I greatly admire. It reads in part, "I write whatever comes to me, and I write whatever the book requires. My first responsibility is to the work."

BP: The working title is Mercy's Bone, and my sense is that it's for grades 6 and up. It's a fictionalized account of a true story: After the fall of the Soviet Union, there were tens of thousands of homeless children living on the streets of Moscow and St. Petersburg. This is the story of one of those children. Talk about research! I researched for years before I felt ready to write it. I'm very excited that the book will be published by Arthur A. Levine Books, and edited by Arthur himself!

BP: Oh, I have lots of voices banging around in my head. I have written about half a MG novel set in Florida, about a boy who gets struck by lightning and lives. I was born and raised in the Florida panhandle, so it's been fun to write about a place I know so intimately and fondly. It was really nice to go from writing about the bitter cold of Russia to the warmth of the Gulf of Mexico!

Thanks so much, Bobbie, for allowing us this peek into your life as a writer. You've really shown us how stories can be found in many different aspects of one person's life! Your breadth as a writer, too, is admirable. :) 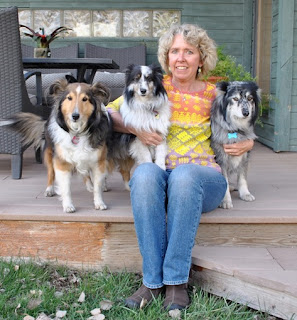 So much of what Bobbie said here resonates with me. I like reading books that are one-offs, that take risks, that are by writers who can't be pigeonholed into a given genre or category. I also appreciate books that are meticulously researched, and I would definitely feel the same about getting details wrong. I'll be looking out for her books too.

Once again, thank you for sharing a thoughtful interview with a good author.

Great interview, Marcia! Absolutely agree with the idea that writers who take risks are preferable; they are more fun to read.

Personally, I never knew how much research writers had to do for even simple stories. One of those things that you take for granted until you go to do it.

Thanks for the interview. The part about outlining after having a draft made me laugh because I'm a total pantser, too, and after several years I've finally learned to do that. :-)

Love this interview! I particularly like that Bobbie is a pantster who outlines after the first draft. That would work for me.

And I absolutely agree that writers should write what they want to. Damn the torpedoes full speed ahead!

inluvwithwords -- Thanks! I'm sure you'll enjoy the books.

Mary -- Yes, a writer with breadth stays interesting. And of course when we challenge ourselves, we build craft.

Anne -- Yes, more fun to read. And I admire them for taking risks; their chances of not getting published because of them are very real. As for research, I now compile a bibliography for every book I write. Even books that appear "low research" usually aren't.

Anna -- As far as I'm concerned, too, that's where the outline belongs. I took a different approach with nonfiction, but I've learned that I need to keep to my pantser ways with fiction.

Pantsers rule! And writing about something you know and love has to be the best. I've given Bobbie's book to my niece, so I'll get a complete review from her soon. She's very particular and she's already told me she loves the story.

What a wonderful interview! I especially loved what Bobbie had to say about career strategies and responsibility to the writing. Thanks for this, Marcia.

Lee -- I'm heartened to find out how many pantsers there are. I went through a period where it seemed all the advice out there was "You have to outline first," and I tried to pay more attention to that even though I'd already sold pantser novels. It was when I went back to pantsing that my fiction worked again. I suspect if you're writing a trilogy (or more), and you know it, pre-outlining becomes more important.

Cynthia -- Yes, I think Bobbie and others with her philosophy take some of the angst out of career planning. And responsibility to the work is so important. It's the part we can control.